As a celebration of ANZGOG’s 20th anniversary, we asked Prof Madeleine King, a member of ANZGOG’s Research Advisory Committee and a key collaborator on one of ANZGOG’s most important studies – Symptom Benefit – to speak about the development of the MOST instrument in the study.

MOST is an influential tool used to measure symptom control and quality of life to confirm the palliative benefit of chemotherapy for ovarian cancer patients. 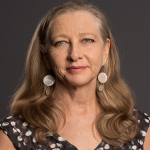 Professor Madeleine King is the Cancer Australia Chair in Quality of Life, and member of ANZGOG’S Research Advisory Committee. She oversees Quality of Life (QOL) opportunities and specifically how Symptom Benefit’s outcomes are helping better understand QOL as a focus for ovarian cancer patients.

This story starts long ago in a far-away city: Baden-Baden, Germany, September 2004, the Gynaecologic Cancer Intergroup (GCIG) held its 3rd Ovarian Cancer Consensus meeting. Discussions focussed on chemotherapy for women with platinum-resistant recurrent ovarian cancer. As symptom control is the primary objective of treatment, why then were response rates and progression free survival (PFS) being used as primary endpoints in trials? Was there any evidence that palliative chemotherapy achieved symptom benefit? This discussion leads to a critical realisation – that response rates and PFS were inadequate as measures of the palliative benefit of chemotherapy and that symptom control and health-related quality of life (HRQL) should also be considered and included as endpoints.

Prof Michael Friedlander AM was set the task to develop and validate an instrument that could then be used in future trials, and the Symptom Benefit working group was established. After much discussion and input from all stakeholders, the GCIG Symptom Benefit Study (SBS) began. Prof Friedlander and co-investigators were awarded two consecutive National Health and Medical Research Council (NHMRC) grants to support this study, and ANZGOG became the lead group on a practice-changing study that recruited from 11 GCIG groups and recruited just short of 1000 patients. The Symptom Benefit Study systematically described and documented the symptom burden, treatment and outcomes of women with platinum-resistant/refractory recurrent ovarian cancer, and first developed and then validated a patient-reported measure of symptom benefit for use in clinical trials of palliative chemotherapy for ovarian cancer. That measure is called the MOST – the Measure of Ovarian Symptoms and Treatment. The MOST was translated into five European languages for the SBS, and was recently translated into Mandarin and Cantonese for use in mainland China. The MOST is now being incorporated in a number of GCIG trials – the purpose for which it was initially conceived and developed.

“ANZGOG became the lead group on a practice-changing study that recruited from 11 GCIG  groups and recruited just short of 1000 patients.”

The MOST was then used to evaluate late adverse effects and symptoms of recurrence following completion of first line chemotherapy for ovarian cancer in over 800 patients enrolled in the Ovarian Cancer Prognosis and Lifestyle study (OPAL) following chemotherapy. The findings of this study have led to a randomised trial being led by Dr Paul Cohen in Perth which will compare nurse-led follow up using MOST using telehealth with standard clinic follow up. Dr Cohen was awarded a Medical Research Future Fund (MRFF) grant to evaluate it formally in this context. A Sydney-based team, led by  Dr Yeh Chen Lee, is seeking funding to integrate MOST into routine clinical care and to evaluate the MOST in patients receiving palliative chemotherapy. This study is called Ovarian Symptom Benefit 2, and like its predecessor, has attracted international interest for participation.

ANZGOG’s Symptom Benefit story is one of great achievement, that still holds much promise for the future making quality of life the focus. It demonstrates how ANZGOG are leading the way in improving care for women with ovarian cancer.

“In many ways, this study was the catalyst for gynaecological cancer trial groups to begin to appreciate the importance of including patient-centred outcomes in clinical trials and informed guidelines in subsequent ovarian cancer consensus meetings,” shares Michael Friedlander.

ANZGOG would like to thank Prof Madeleine King for her hard work and dedication to both ANZGOG and gynaecological cancer research.

Since our beginning in 2000, ANZGOG has conducted 37 clinical trial studies, with close to 4000 patients participating in these trials. ANZGOG currently has 13 open trials. To find out more, please visit our trials page.