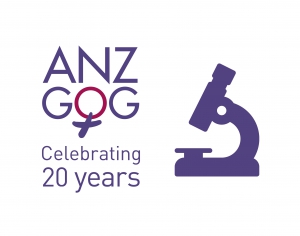 As a celebration of #GynaecologicalCancerAwarenessMonth and ANZGOG’s 20th year anniversary, we asked ANZGOG’s Inaugural Chair and Co-Founder, Professor Michael Friedlander AM, to share the tales of how and why ANZGOG originated, more about the world-first basket trial (PARAGON), and clinical trial funding challenges in the future…

As a founding member, what were your initial hopes and dreams for ANZGOG, and how was the organisation set up?

There were early attempts to start a trial group from 1992. I went to the USA to attend a Gynecological Oncology Group (GOG) meeting and made an approach for Australia to join GOG but wasn’t successful. However, I continued to go to the GOG meetings throughout that time and met a lot of people including Ted Trimble who represented CTEP and he was later instrumental in helping obtain funding from USA which helped kick start ANZGOG.

In 1999, a small group of gynaecologic, medical and radiation oncologists met and unanimously agreed that we needed to establish a gynaecologic trials group in Australia and New Zealand. There was no funding available for collaborative trial groups and despite a lot of effort to secure funds in Australia it was clear that this would not be forthcoming. There was little appreciation of the importance of clinical trials within the health bureaucracy or funding bodies at that time and we recognised we needed to obtain funding from outside Australia if we were to have any chance of success. Through the help of Ted Trimble as well as the support of the Chair of the GOG I was able to join the US GOG as the Principal Investigator for Australia with all other centres in the country included as affiliates of the Prince of Wales Hospital and this provided access to funding from the US which kick-started ANZGOG.

GOG 182 was the first multi-centre trial that ANZGOG participated in and it proved that we could recruit a large cohort of women to ovarian cancer trials and meet the rigorous requirements and high standards of the GOG and their Audit Committee. The group gained confidence and started to apply for funding to undertake more trials. Patients and their families donated money and the long hours writing grants started to pay off. I spent countless hours knocking on doors everyone I knew to secure research funding.

Danny Rischin and Michael Quinn were integral to the founding of the organisation. There was an enormous amount of work done to secure new opportunities to carry out research trials. It dominated many years of my life but I look back with very good memories of how we all worked together with a common aim. Before long, success started to breed success and we didn’t look back.

John Zalcberg is a close friend of mine and he provided invaluable advice early on as he had set up the AGITG only a few years earlier. I also need to acknowledge Haryana Dhillon, whose support was pivotal in setting up ANZGOG. She was just great and worked so hard to help us get ANZGOG off the ground. The Clinical Trials Centre (CTC – University of Sydney) was also very helpful, particularly John Simes as Director and Julie Martyn as ANZGOG Program Manager. We were a small group of people working hard to make sure ANZGOG continued to grow.

What do you think are the challenges that ANZGOG faces in the future?

It has become increasingly challenging for all collaborative trial groups, to secure research funding. Phase 3 trials have become increasingly dominated by pharma and this impacts how trial groups will continue to function in the future. It is the same with the US and European gynaecological cancer trial groups, where the majority of the trials being undertaken are not only supported by the pharmaceutical industry but also sponsored by them as so many are registration trials.

Funds for new and novel research into rarer cancers are particularly difficult to secure as the level of funding available doesn’t meet the demand. ANZGOG’s OASIS initiative is so important, and this is an area of research that we can excel in and I am very pleased that a similar effort is now being directed to endometrial cancers by ANZGOG. Although it is getting more difficult to access the funding required to undertake this type of research we have been successful but it will require a lot of effort to secure ongoing support and funds.

Research sites are increasingly watching the dollar and many units will only participate in collaborative trials if there is a decent return. I understand why they do not want to lose money on clinical trials but we can never compete with Pharma for per-patient payments and this is a real challenge for the future. Ideally, sites would recognise the important place of collaborative group trials and continue to include them for the benefit of their patients and include them in their portfolio.

However, there were plenty of challenges when we first started the organisation, but people rise to new challenges. If ANZGOG researchers are committed then they will overcome these challenges and I am confident that ANZGOG will continue to grow.

“There were plenty of challenges when we first started the organisation, but people rise to new challenges. If ANZGOG researchers are committed then they will overcome these challenges.”

Can you briefly describe the PARAGON trial and why it was important to ANZGOG?

PARAGON was to the best of my knowledge the first basket trial although the term didn’t exist back then we came up with the concept. The design of this study was novel and included patients with ER /PR positive epithelial ovarian cancers, endometrial cancers, sarcomas and sex cord-stromal tumours of the ovary. The idea was to enrol them into a series of 7 separate phase 2 studies embedded within a single protocol stratified according to tumour type and specific subgroup. This would reduce the main barrier to trials in patients with uncommon/rare cancers as all sites see these patients, but most were reluctant to open a trial to a single subset where recruitment may only be 1or 2 patients a year. It was a successful trial and lead to the recently (MRFF grant) funded PARAGON II which will build on the results of PARAGON.

It is interesting to reflect back when I first discussed the PARAGON design with international colleagues at GCIG, I was told by some that it would not get through ethics in the USA! The PARAGON trial was ahead of its time.

Can you briefly describe the Symptom Benefit Study (SBS) and why this has been important for ANZGOG?

This SBS evolved out of the 3rd Ovarian Cancer Consensus Conference where I was invited to address the question of how best to measure symptom benefit in clinical trials in women with recurrent ovarian cancer and it was clear that this had not been adequately addressed previously. This led to the establishment of the Symptom Benefit Working group within the GCIG, which I chaired from its inception until 2012 and remain closely involved in, to this date. I worked closely with representatives from all the GCIG groups as well as with POCOG with input from many individuals with expertise in quality of life in particular Madeleine King and Martin Stockler who have been integral to its success. The Symptom Benefit study was funded by two back to back NHMRC project grants. This study recruited over 1000 patients from Australia and New Zealand, as well as 11 other countries. The primary aim was to develop and then to validate a new instrument (MOST) to measure symptom benefit and measure patient-reported outcomes where the aim of treatment is palliation not cure. The findings of this project are being translated into clinical practice and have been incorporated into clinical trials as an endpoint.

In many ways, this study was the catalyst for gynaecological cancer trial groups to begin to appreciate the importance of including patient-centred outcomes in clinical trials and informed guidelines in subsequent ovarian cancer consensus meetings. ANZGOG is widely acknowledged as a leader in this field and the findings of the SBS are now being extended to the SBS 2 study.

What is your best piece of advice to the younger gynaecological cancer researchers in Australia?

It is important to be very focused, know your strengths and weaknesses and find a good mentor early on as well as likeminded colleagues who share similar interests. It is so important to work collaboratively – if you don’t, it is much harder to succeed and probably impossible. Be generous and work collegially with your colleagues – if you can give and take, there is a good chance of succeeding and carrying out the trials and studies that you all think are important.

What message do you have to women about the importance of research?

Progress only comes through research and it is a long road. Trials are so important and in fact essential to success – we can’t make progress or improve outcomes unless we undertake clinical trial research.

Professor Friedlander has been integral in both the growth and development of gynaecological clinical trials in Australia and New Zealand and we thank him for taking the trip down memory lane for this article.

Professor Michael Friedlander is conjoint Professor of Medicine at The University of New South Wales and a medical oncologist at the Royal Hospital for Women and The Prince of Wales Hospital in Sydney. He has been very active at both a national and international level in the field of Gynaecological Oncology. After co-founding ANZGOG in 2000, he took up the position of inaugural Chair and served as Chair between the years of 2000-2008, when he took on the role of Director of Research for four years before taking on the Chair of OASIS Steering Committee position, from which he has recently stood down from.

Professor Friedlander was also President of the International Society of Gynaecological Oncology (IGCS) from 2004-2006 and was closely involved with the Gynaecological Cancer Inter-Group from its inception. He has held numerous grants and has a very active research program and collaborates with investigators in Australia and Internationally. He has published over 400 papers including many book chapters and invited reviews.

Professor Friedlander has received a number of awards including the Medical Oncology Group of Australia Cancer Achievement Award in 2007 recognising his contribution to Cancer Control and Research in Australia as well as an Order of Australia (AM) in 2011 for service to Medicine in the field of Oncology, the IGCS award for excellence in Gynaecological Oncology, The NSW Parliament Outstanding Achievement Award, The Rob Sutherland AO Make a Difference Award from Cancer Institute NSW and the Jeannie Ferris Cancer Australia Recognition Award to recognise outstanding contribution to improving outcomes for women with gynaecological cancers.

Since our beginning in 2000, ANZGOG has conducted 37 clinical trial studies, with close to 4000 patients participating in these trials. ANZGOG currently has 13 open trials. To find out more, please visit our trials page.